Crossing the English Channel on a Paddle Board

Crossing the English Channel on a Paddle Board

Keep up to date with Joe and his upcoming ventures

At the start of spring, we had just announced that Joe, the Paddling Paramedic, was going to embark on a massive fundraising challenge of crossing the English Channel in aid of The OLLIE Foundation. Now, going into the autumn, we’re proud to announce he’s completed the challenge!

We thought we’d catch up with him now the challenge is completed to find out how he got on. You can take a look at what he has to say below:

How do you feel now you’ve finished the challenge?

It took a few days to sink in what I had actually achieved, even now when I think back it’s a huge thing. I’m told more people have climbed Mount Everest than crossed the channel by a non-motorised vessel. I’m also told that less than a hundred people in the world have crossed it on an inflatable paddleboard, that’s pretty cool!

Can you give us a quick recap of how the day went?

I arrived in Rye two days before the crossing, it was important to me that I had a couple of days to prepare myself mentally for the task at hand. I drove to Dungeness on one of the days to see the Channel in all its glory and on the second day I just went for a long walk.

On Wednesday 21st of September I arrived at Rye Harbour to meet my safety team, a guy call Will and his buddy for the day, Keith. We loaded up the boat with all my gear and took a dash over to the start point, Dungeness. The instructions I received were simple, “follow me” and that’s exactly what I did.

As soon as I got on the board, I was excited, 14 months of training done, the sea was calm-ish, the weather was good and I felt strong. After the first hour I was melting, I decided to wear a shorty but never trained in one. I needed to pull up next to the boat and stripped down – t-shirt on, I felt good.

You can’t see France when you set off so that can be a bit disheartening at times, I seemed to be paddling for ages and not getting anywhere. The safety team often gave me the odd words of wisdom to keep me going too.

On route, we encountered a huge jellyfish and some incredible sightings of seals. I was really surprised by the amount of rubbish in the sea too, helium balloons being one of the biggest things. The shipping lanes were bonkers, vessels over 400m in length carrying 1200 shipping containers. Those beasts travel at 24NMPH I travel at 5, as you imagine there were some twitchy moments. I did feel safe though.

Migrants crossing was another shock to me, four separate boats crammed with babies, children, women and men. People desperate to escape one country to enter England. I know this can be a very political topic so I will leave that there. It’s fair to say I learnt a lot about laws and dangers that are involved in these attempts to cross. What I can say is, I felt very vulnerable out there with them.

5:45 hours later I had made it to Boulogne, I had done it, I crossed the English Channel on a paddleboard! I felt broken, teary, happy and every other emotion that came along. I managed to do the entire crossing upright and never fell in – I was only 30 mins off the world record too. I dropped to my knees, kissed my board and waved my French flag.

We stopped over there for a pint before the quick dash back. 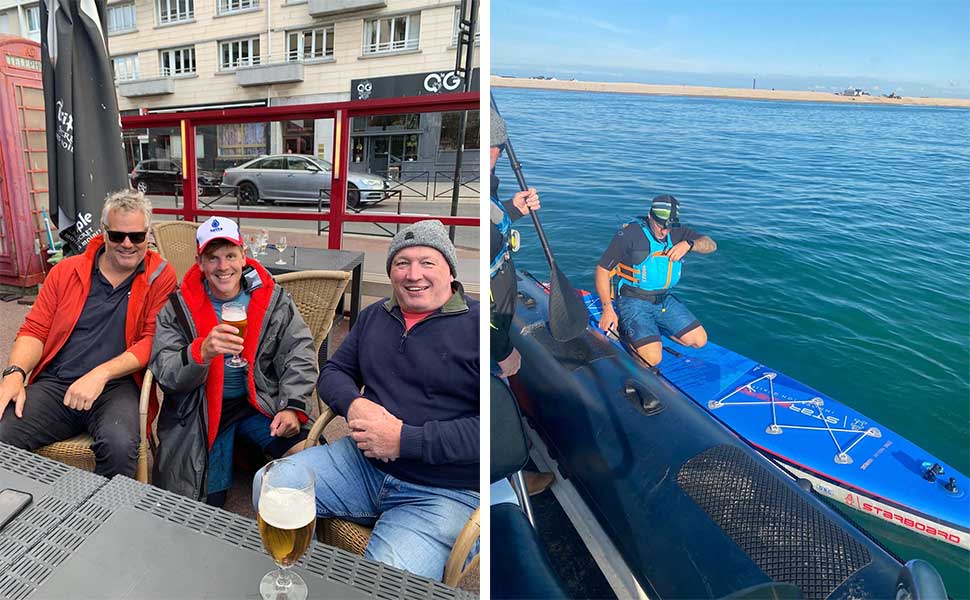 What was the hardest part about it?

Is there something you learnt about yourself that you maybe didn’t know before you set off?

The biggest thing I learnt about myself is anything’s possible. Two years ago, I contemplated ending my life. I brought a paddleboard, learnt to paddle and now conquered the channel.

How much did you raise for The OLLIE Foundation?

There were a number of pots running and I know we have smashed £10,000, in times as tough as they are at the moment, that’s incredible. There were two parts to this journey, firstly, suicide awareness which I feel I have achieved and will continue to do so, and secondly, my personal challenge of crossing the channel. 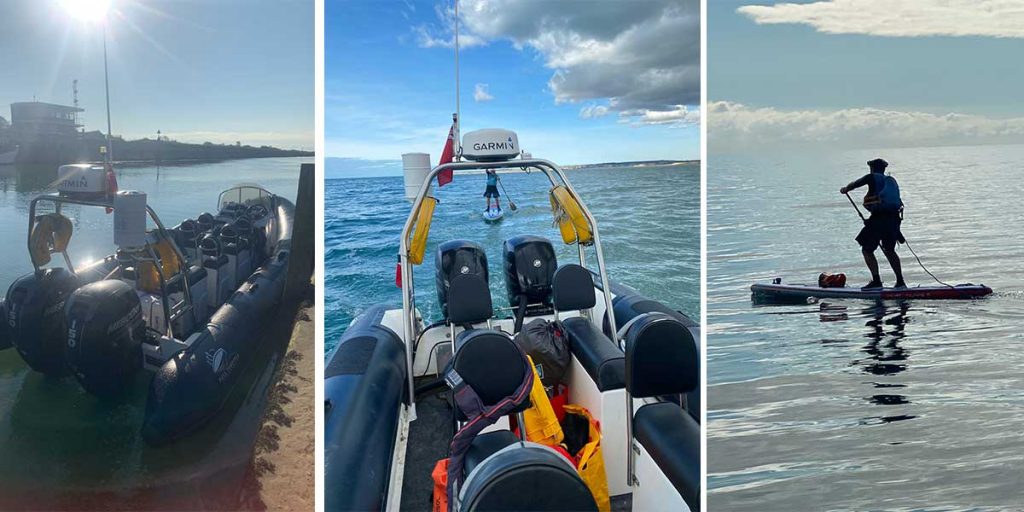 Any plans to embark on another challenge?

I have a few big plans coming up. I would really like to circumnavigate around the Isle of Wight next year, obtain my coach qualification in SUP, a potential of a world record in March and continue taking people out on SUP experience days at Willen Lake.

There are so many people and companies I want to thank but it would be impossible to mention everyone. What I will say is, adventures like this are not possible to do alone. You need good people around you, that I have many of –  my family and friends are incredible. iMAB have been absolute legends, it’s so good having a local company support OLLIE and me. other companies include:

Finally, I would also like to mention a very special person. A lady called Jayne, my therapist for the last two years, who sadly died suddenly three days before I got to tell her I had done it. Jayne played a huge part in saving me and I owe her so much. Just writing this sentence I feel a tear coming. RIP and thank you.

Keep up to date with Joe and his upcoming ventures
This site uses cookies to personalise content, to provide social media features and to analyse traffic. Read more in our privacy policy.
AcceptPreferences
Manage consent

This website uses cookies to improve your experience while you navigate through the website. Out of these, the cookies that are categorized as necessary are stored on your browser as they are essential for the working of basic functionalities of the website. We also use third-party cookies that help us analyze and understand how you use this website. These cookies will be stored in your browser only with your consent. You also have the option to opt-out of these cookies. But opting out of some of these cookies may affect your browsing experience.
Necessary Always Enabled
Necessary cookies are absolutely essential for the website to function properly. These cookies ensure basic functionalities and security features of the website, anonymously.
Functional
Functional cookies help to perform certain functionalities like sharing the content of the website on social media platforms, collect feedbacks, and other third-party features.
Performance
Performance cookies are used to understand and analyze the key performance indexes of the website which helps in delivering a better user experience for the visitors.
Analytics
Analytical cookies are used to understand how visitors interact with the website. These cookies help provide information on metrics the number of visitors, bounce rate, traffic source, etc.
Advertisement
Advertisement cookies are used to provide visitors with relevant ads and marketing campaigns. These cookies track visitors across websites and collect information to provide customized ads.
Others
Other uncategorized cookies are those that are being analyzed and have not been classified into a category as yet.
SAVE & ACCEPT
Powered by